Activities in the territory

The route of the mills is a great hike for families, away from traffic, to do by bike or on foot. A fascinating journey of 10.2 km, with a vertical drop of 220m, which leads into the picturesque valley of the Mills to the discovery of the only surviving mill among those that were once operated by the Gusa creek, dating back to 1600.

The route continues on to the historic centre of Costermano, with views overlooking Lake Garda, where you can find the Becelli-Rizzardi Palace dating back to 1400, and a pretty inhabited village.

The trail is like an outdoor gym, with equipment to workout along the way. Once you have crossed over the road to Garda, you are back at the starting point along the German Military Cemetery of World War II, which is the third largest in Italy, with its 22,000 mortal remains.

You can find other tours here!

A green oasis with trails that can be done on foot, by mountain bike or on horseback. Its wealth of history, archaeology and nature makes Lessinia an ideal destination for tourists looking to get in tuch with nature and the ancient traditions of the mountain inhabitants. The tour includes a visit to the Molina Waterfalls, the Geopaleontologic Camposilvano Museum, the Fossils Museum and the Pesciara in Bolca.

Passing through enchanting valleys and crossing spectacular mountain paths, discover and admire the landscapes, colours and extraordinary beauty of the Dolomite Alps.

The city of Romeo and Juliet is rich with roman and medieval heritage: The Roman Arena in Piazza Brà, Piazza delle Erbe, Juliet's tomb, Castelvecchio, the Scaliger Tombs, San Zeno Basilica, San Pietro Castle and the Roman Theatre, just to name a few.

Unique in the world, at just an hour and a half by train, Venice offers some extraordinary excursion possibilities: gondola rides, walks through the romantic alleys and Venetian squares, walks around the buildings on the Canal Grande, or the possibility of experiencing live music in the bars of Piazza San Marco. Our Guests can choose between daytime or night-time tours (Venice by night).

Sirmione and the Catullo caves

Sirmione, the lake's historic peninsula, was once the home of the Latin poet Catullo. The "grotte", or caves, are the magnificent remains of a Roman Villa from the first imperial period, in which frescoes, dating back to the 1st and 2nd centuries A.D., have been preserved.

About an hour to the west of the lake by car, in the green hills of Valtenesi, stands the city of Brescia, famous for its Castle and Piazza Vittoria.

It is the cradle of the Renaissance, one of the most fascinating art cities, rich in evocative monuments and churches: you can enjoy a visit in S. Maria del Fiore, the Baptistery, the Giotto bell tower, Palazzo Vecchio, Galleria degli Uffizi and Ponte Vecchio.

An hour and a half on the train from Peschiera, Milan is the regional capital of Lombardy and boasts an abundance of things to see, such as Sforzesco Castel, the cathedral, Galleria Vittorio Emanuele and Teatro alla Scala.It is also a major business centre in Europe and has high quality shopping, making Milan an unmissable stop for those visiting Northern Italy.

The picturesque hills around Lake Garda stretch across numerous vineyards. The tours along these vineyard-lined roads are ideal for exploring the gastronomic treasures of the area.

Tasting at the Oil Museum in Cisano

The Garda area is famous for both wine and oil. In this museum you can taste the typical local oil and at the same time learn a lot about the history of oil both from Verona and elsewhere.

Road of the Bardolino wine

In about seventy kilometres you come across many farms within walking distance from old churches, medieval castles, noble villas, beautiful gardens, and enticing cellars where you can taste and buy the products: from Bardolino Classico DOC to Bardolino DOCG or Bardolino Chiaretto DOC. The tour also includes a visit to the wine and oil museum in Bardolino.

Wine and food tasting in Valpolicella

Valpolicella, a golden and fertile area, is rich with history and culture and allows for some spectacular views overlooking Lake Garda.

There is a wide range of itineraries to choose from with visits to the local wine cellars, where you can taste the different wines, and then explore the surrounding ancient villages.

Valpolicella, Recioto della Valpolicella and Amarone della Valpolicella are the most famous wines to be produced in this valley and are appreciated all over the world. The typical dishes of the area are: lesso con pearà (tender, boiled meat with a sauce made with broth, cheese and bread), potato dumplings and pastisada de caval (horse meat stew).

From Poiano Resort you can reach many amusement parks: an opportunity to experience a carefree day for children and adults alike!

Gardaland is a special combination of adventure, imagination and strong emotions in a wonderful fantasy world. The atmosphere reminds you of fairy tales, and the richness of shows and attractions, cheering adults and children, make Gardaland the n.1 amusement park in Italy.

Giant movie sets, special effects, thrills, actors and theme tunes from some of the most famous films in history. The incredible Canevaworld theme park is dedicated to the world of cinema.

The Poiano Resort Guests with a single ticket can enjoy experience with the film heroes (Rambo, Jack Sparrow, and many others) but also a splash in the pools or a downhill adrenaline from the Caneva World water slides, one of the largest water parks in Europe, with water games, huge swimming pools and acrobatic shows. For a day of sun, water and emotions.

A journey to discover the most beautiful creatures from the oceans and fresh waters of our planet. The Sea Life Aquarium is a sequence of mysterious and fascinating worlds, where you can enjoy many animal species of the river Sarca and Lake Garda, as well as exotic fish from Red Sea and the Indian Ocean.

In the spectacular setting of the hilly landscape around Lake Garda, the park is home to a vast number of rare and endangered animals. The Safari Park, which you can explore by car for approximately 6km, houses mainly African animals.

Described by botanical experts as one of the most extraordinary gardens in the world, the park is just a stone’s throw away from Lake Garda. A perfect fusion of park and garden in over 60 hectares. You will need a couple of hours to fully appreciate the beauty of the exotic trees, flowers and aquatic plants following the meandering footpaths around evocative routes.

For the shopaholics, Lake Garda and the surrounding area offers plenty of opportunities for the odd shopping spree. Verona, in particular, is famous for its fashion shops and high quality footwear. The regions of Verona and Brescia are also full of shops, shopping centres and fashion outlets.

A shopping complex, modernized and enlarged since one year, that contains all sorts of outlets from DIY stores and jewellery shops, to clothes stores and restaurants.

Is open daily from 9am to 9pm.

A shopping mall where you can find anything you need and also leisure facilites for the whole family: 130 shops, the cinema, bowling, billiard room, game room.

Shops are open daily from 9am to 9pm, whereas the "Third Floor (cinema, bowling, game room) is open until late in the night.

Consists of over 100 shops, supermarket, cafés, restaurants and entertainment for both children and adults.

This shopping center is found in San Martino Buon Albergo, nearby highway exit "Verona Est", just 10 minutes away from Verona city center. It's considered one of the most significant shopping center of the whole area, thanks to its 32.000 sqm of surface.

A shopping village of over 100 stores and outlets.

With its 160 shops, restaurants and cafés this shopping village looks like a small town.

We strongly believe that the satisfaction of our guests does not depend only on our services, but also on a rich travelling experience, linked above all to our territory.

For this reason both we actively participate in many local events that we both encourage and support, and at the same time, we promote all the experiences our territory has to offer in each season to our guests. 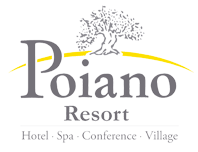